Stef Beckers is an Art-with Nature artist known in The Netherlands and abroad for his organic art objects and sculptures. His aim is to translate natural moments into unique organic art objects. Works in which materials like crystals, unique rare minerals, wood and fossils come together in a metamorphosis and form new, attractive forms with their own strory. Movement, vitality and craft skills are the strength of his work. Each material speaks it’s own language. Visualize it is his goal. 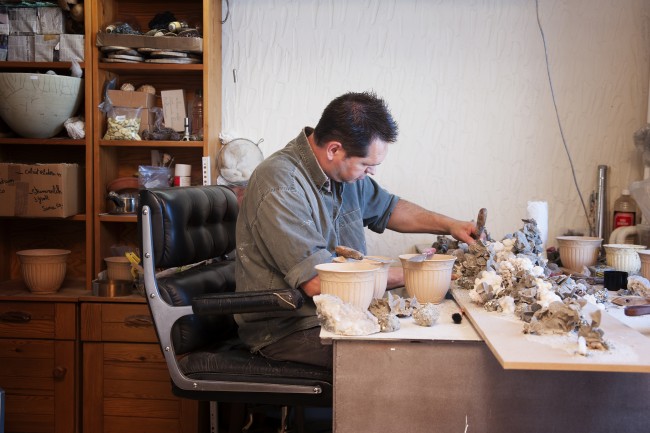 To grow in his abilities, insights and to gather inspiration, Stef has travelled around the world for many years.He has visited Canada,Alaska, New Zealand, Asia and the Pacific Islands and collaborated with indigenous craftsmen and designers.
These local craft techniques and the unique rare materials are a driving force that lead Stef to create original organic art objects.

The work of Stef Beckers illustrates his personal vision of reality. The confrontation with nature and its elements are an important source of inspiration.